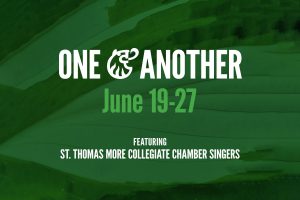 At the invitation of the JUNO-nominated Chor Leoni Men’s Choir, the Chamber Singers recorded in the glorious acoustics of Vancouver’s St. James Anglican Church and video from that session will be featured in ONE ANOTHER. This concert celebrates in music our care for each other, and the strength of the community we’re all a part of, whether on stage or in the audience.

ONE ANOTHER premieres on YouTube June 19th (5pm PDT) and will be available until June 27th.

The concert is FREE with an RSVP to https://www.chorleoni.org/oneanother